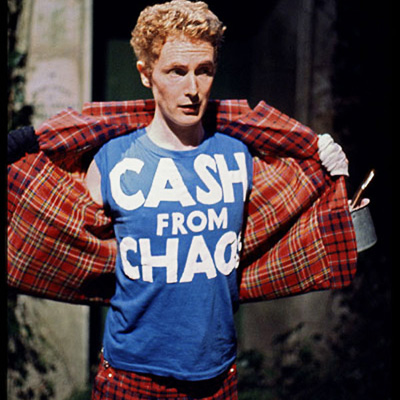 Disruptive brewing giant Brewdog seem to have finally run out of ideas. The brand markets itself as a punchy punk rock-themed brewer, but recent evidence has seen it displaying all the punk rock attitude of a pair of Primark bondage strides.

It has become the shouty pub bore, the office joker in comedy socks. It’s the Christmas jumper of brands. Once a joke, now in the mainstream and just annoyingly unfunny after a few years.

The latest stunt from Brewdog is to hint that its fans and funders should flypost its branding on the walls of our towns and cities. This is, apparently, guerilla marketing. But it looks more like a dearth of ideas.

Sure, the scandal may spread a few headlines, but this is becoming a one-trick pony with a gammy leg. The brand’s previous stunt was hiring a helicopter, pretending to steal it and then covering it in the brand livery before pretending to drop soft toys from it. Fat cats! Get it? Evil capitalism is trounced once again by a £5m fundraising round.

I didn’t see the stunt at the time, despite my social media bubble containing many ageing punks and fans of media stunts. It was cringe-inducing. A comedy red mohawk on a stag party of rugby lads.

The problem is that this punk schtick does not work when your products are available in Waitrose and you have bars emblazoned with your logo. All the shouting makes the brand owners just look like shouty public school boys who are doing rather well for themselves, thank you. Sure, that could also be said for some of the original art school punks. But at least they didn’t issue legal threats against anyone else having the temerity to market a punk business.

You can see why brands such as Brewdog latch on to punk as an idea and a way of marketing. After all, Malcolm McLaren was one of the greatest marketers of all time. He created the idea of punk and killed it too. He even made its commercialisation into a movie, disguised as a film about his punk band, the Sex Pistols.

Brewdog need to look farther than the Urban Outfitters studded wristband if they want to stick with this branding. Old punks can quickly become the mild-swilling Teds they once despised. Is punk brewing dead? Nah, it just smells that way.