Photos of this rather rude set of election flyers have been shared across social media this week, proving that people sometimes prefer ideas set out in low tech, old school ways. When all the funny is in gifs on social media, a still image on the street stands out.

These are based on the sort of prostitution flyers you see in London’s phone boxes or stuck to lamp posts. Click on the above link to buy sets of postcards or posters based on them.

I once used a similar idea myself (around 2001) for a column on pranks, publicity stunts and PR ideas that I was writing for Bizarre magazine at the time. And yes, that was a real mobile number. And yes, we did have some very odd calls. 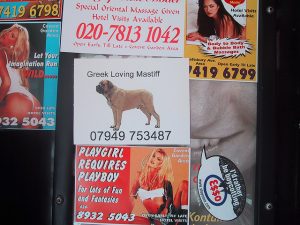 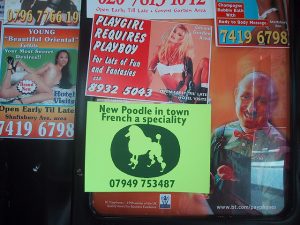