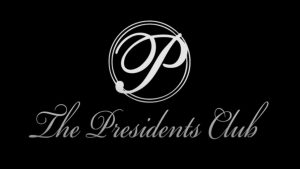 I have never been much of a Jeremy Corbyn fan.

Perhaps it was the years spent with him as my MP when I lived in Finsbury Park. Maybe it is his support of Arsenal. But his lack of a team that could think more than one move ahead was also something that worried me.

In the early days of his leadership we saw him miss open goal after open goal. His team seemed bereft of ideas and lacking in any kind of strategy. They still often do when it comes to Brexit.

But the new debate surrounding Corbyn’s sacking of Lord Mendelsohn shows that some advanced media thinking is now going into decisions. On the face of it this may look like a Politically Correct move to distance his front bench from the sleazy party and its fallout. But what it does to to keep the story alive, move it on and draw the focus to the political.

Nadhim Zahawi has already been rebuked by the Prime Minister for attending (and making his excuses and leaving early). But this (apparently agreed) sacking from the front bench sets a moral high ground and threatens to leave the Prime Minister with no option but to bow to pressure to sack Zahawi.

This is the chess of politics that observers most enjoy, and which the very best ideas and PR people put into everything that they do.

As accusations, counter-claims of over-zealousness and uncharted territory for men who enjoy sexism on their night out mix into a heady brew, it remains to be seen whether Zahawi can make it to the finishing line of the weekend. After all, that is the relatively safe space for politicians, where sport takes over the news agenda. At least until Sunday’s Marr Show.