“Can you make us a viral?” is something that I get asked a great deal. It’s an occupational hazard of selling ideas for a living. The answer is usually no and sometimes maybe, but never yes. You can guess at the formula, but it shifts constantly in the wind. What is seen as witty one week is try-hard the next.

So, to give you a very live example, the above tweet, a flip remark on how a scene on Sky News looked as I ate my lunch, went viral yesterday and today. Well, if you consider almost 5,000 retweets to be viral.

It was no more aimed at getting shares than anything else I post on social media. After all, pretty much everything we post is a search for the dopamine hit of rising numbers and people laughing at your gags. But somehow it struck a chord. Why so?

Well, it is current, as it speaks about the election and Theresa May’s growing reputation as someone who shuns the public. It also speaks to popular culture, which is always a winner, according to arch-troublemaking PR men the KLF’s guide to how to have a hit single. People compared the image to scenes from Line of Duty, Street Fighter, Breaking Bad and Grand Theft Auto. It is also (if I may say) a good gag. Easy to get, Easy to share, as others will get it. It has a dig and a punch line. And a funny picture to boot. 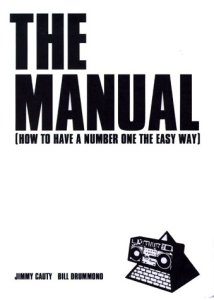 So, can you follow that formula and have a social media hit? Well, sadly not. The web runs on ideas and originality. Where once a Cassette Boy video was a sensation, the video cut up is now standard and the people who were his biggest fans are now a bit meh about his latest. He’s done well as a gun for hire, but the sharers want something new, even when his ire is turned on the targets they want to see satirised.

Those who want their campaign, policies, brand or star to go viral would do well to engage with original thinking, and lots of it. I tend to start at the extreme end and edit back towards sanity. The best and bravest clients are those who know how to say ‘stop’ at precisely the right moment.