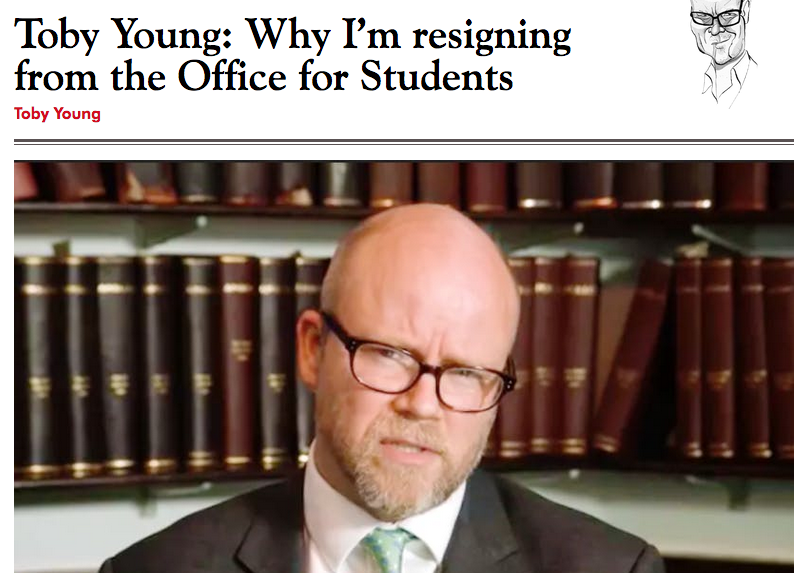 Being rude, crude, un-fact-checked, or even downright offensive had, until recently, been the path to power and influence for those using the media to build a career.

Katie Hopkins was top of the columnist pile, Nigel Farage had Question Time as his own and little Toby Young was appointed by a chum to a government post to stir up the lefties and the oiks.

Only no one reckoned with the fallout from the Trump presidency and the subsequent Weinstein A-Bomb.  Suddenly, being a pub bore was no longer a desirable character trait. Twitter would call you out and may not stop until you were fired.

People were pointing. shouting and then laughing. Katie wound up being ditched by LBC and the Daily Mail, Nigel moaned about being skint and Toby was forced to resign.

Even Spiked, the online magazine for economically liberal Tories who used to be communists but now like public schools and dinner parties, has seen its commentators and its manufactured ire largely ignored. They still let them review the papers, which is nice, because they’re nostalgic about the print industry, inky-fingered sons of toil and that young woman that they got off with at the Wapping dispute picket line.

So far, so good, you may say. But what this marks is a change in the way that ideas can and will be communicated. I am not holding out for a return to a fictional golden age of journalism. But things will alter. Thinking of the prevailing decent view and then positing the opposite doesn’t play so well any more. You need to be cleverer than that.

But it is not only journalists who need to beware of potential pitfalls. Those looking to promote and sell need to be aware too. For example, Poundland just about squeaked through with a Marmite-y Elf on the Shelf Twitter campaign over Christmas. But they were derided as much as they were applauded for it.

Similar stunts, humour or even ads will need to walk a fine line between grabbing the attention and grabbing your crotch in a crowded park. The bold and the clever will know. You can be controversial or edgy without being, to put it bluntly, a wanker.

But not everyone knows when they are being a wanker. Hence Toby Young.